I’ve just returned from 5 perfect days in beautiful, undisturbed Slovenia. When my friend suggested we take a trip to Slovenia I jumped at the chance to explore a new land, a country, which some 2 years ago I’d probably never heard of and definitely wouldn’t have been able to locate on a map. Situated between Italy, Austria, Hungary, Croatia and with a small Adriatic coast line, the tiny, picturesque country is perfectly placed in eastern Europe and is home to some of the friendliest people I’ve ever met.

Slovenia’s laid back capital, Ljubljana (it’s taken me weeks and weeks to correctly pronounce it!) is a capital city like no other. When I pulled the short straw and knew I was going to be driving into Ljubljana I was slightly apprehensive given my memories of driving into the beautiful yet chaotic Athens. However, Ljubljana couldn’t have been more different, you would have thought we were entering a small town not a capital city! There were only a handful of other cars on the road and parking was as easy as buying a coffee in a coffee shop!

Ljubljana is incredibly peaceful thanks to the central area of the city being pedestrianised, it really changes the whole flavour of the city; just watch out for the cyclists whizzing about! And talking of cyclists this is the only place I’ve been to where it appears to be socially acceptable for men to have baskets on the front of their bikes!! Having now been here, it comes to no surprise that Ljubljana won the “European Green Capital” award 2016 based on a number of eco factors.

Ljubljana is watched over by its iconic castle on the hill sitting above the old town. The castle has been so well preserved and displayed for the tourists that it’s actually a little disappointing that it’s lost its authenticity. That aside visiting it is a must, at least to get a few snapshots of the city from the top of the viewing tower and see the snow capped mountains surrounding the city.

Ljubljana is such a small place that you really don’t need a map; just let yourself wander in and out of the maze of cobbled streets, admiring the old architecture and some rather crumbling, brightly coloured buildings and be guided by the many church steeples that jut into the sky. It really is photographers delight.  And who knew that ‘doors’ could suddenly become so fascinating?! Great big, impressive doors can be seen on many buildings boasting engravings and sculptures. 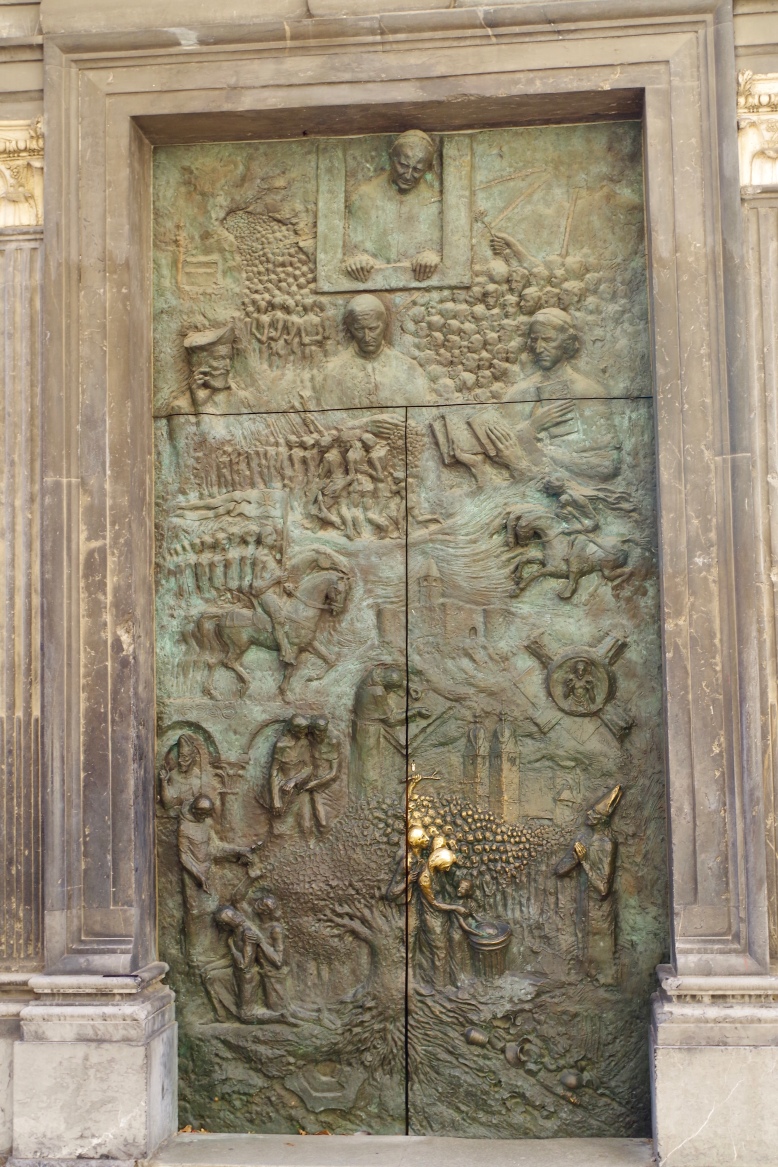 Impressive doors seen in the city

I often found myself back down by the narrow river, which is the main focal point of the pedestrian area. The only noise you hear here is the sounds of the birds singing and the chit-chatter of mankind. The Slovenians’ are big on being outside and you’ll notice every restaurant, cafe or bar is a hive of activity whatever the temperature. One bar on the castle side even boasted a disco light on its parasol! Down by the river you’ll notice Ljubljana’s famous Dragon Bridge, which is so distinctive; it’s just a shame it’s at the end of the pedestrian area making it slightly harder to get an un-spoilt photo (I managed… just!). Butcher’s Bridge is Ljubljana’s answer to the Lovers Bridge in Paris and between here and the Triple Bridge is the perfect spot to sit and people watch with your ice cream from Cacao! 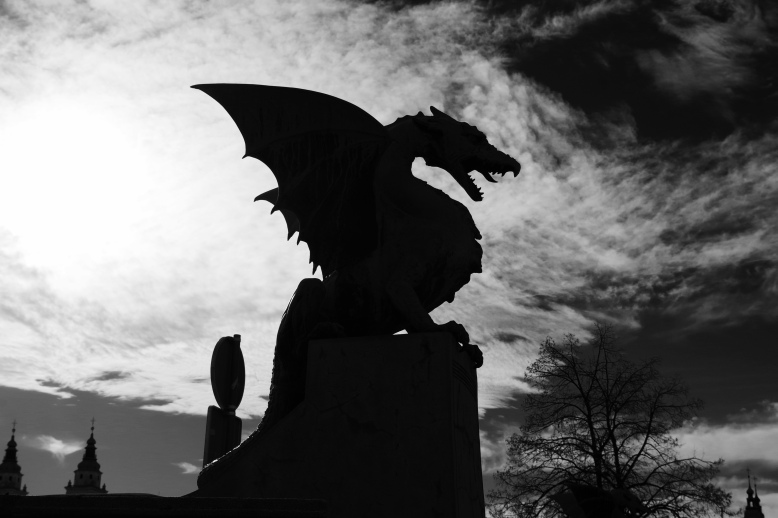 The last place I’ll touch on is Metelkova – it couldn’t be more different from the sleepy old town and I’m not sure I’d want to venture there by night but I would definitely recommend a quick daytime visit. Metelkova is a former military barracks, which is now one of the largest urban squats in Europe, decorated in graffiti, sculptures and vibrant mosaics it is definitely uniquely unusual. During our visit the place appeared fairly deserted bar a couple of other tourists wanting to catch a glimpse of a different life and the odd dubious looking pair lazing around with a fag and a can of beer. 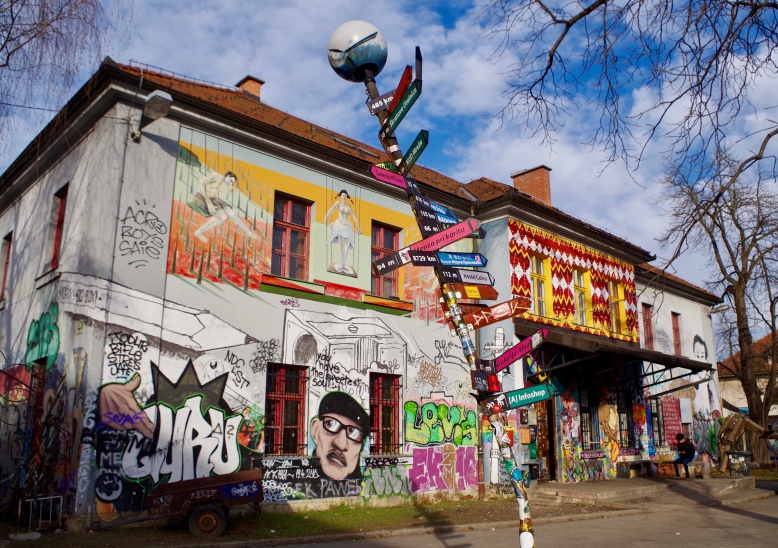 A glimpse into Metelkova

The world needs more untouched gems like Ljubljana; and where I always say there are so many places to visit in the world without going anywhere twice; Ljubljana is a little bit special and could probably persuade me otherwise. Plus, I would love to see it in the summer months!

One thought on “Lovely Ljubljana – Slovenia”